Designing the Design in Tech Report (2017) 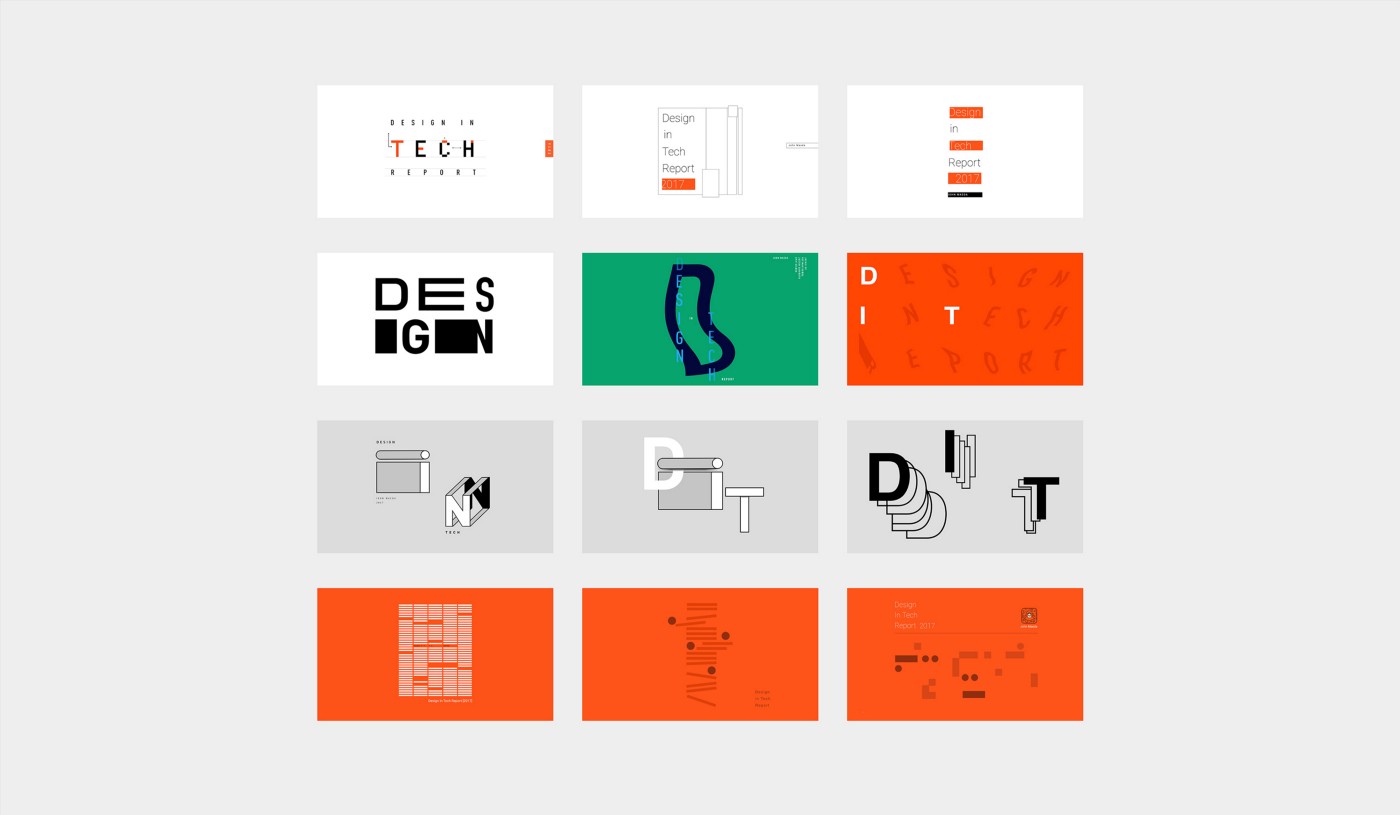 "I was certain that a balance of human and technical qualities would be important to the final piece."

When designing a report, start by establishing an understanding of its general purpose, don’t get lost in the minutiae of what the exact content will be early on, if you’re working with a combination of written content, sourced imagery, and data points, you’ll need to keep a wide perspective in order to wield it all effectively. Create a living document that will serve as map of how your ideas evolve over time, you’ll be able to see patterns in your thinking, and more quickly vet and narrow your concepts.

When this process began, even though content wouldn’t be pinned down for months, I knew the team was working with particular themes such as inclusion, diversity, automation, and acquisitions. I wasn’t certain where the months would shift the content, but I was certain that a balance of human and technical qualities would be important to the final piece.

Early on I started an Evernote doc, to keep a running log of the conversations I was having with the team and capture any sporadic ideas. I filled it with links, quotes, and word association brainstorms. I didn’t over-analyze what I wrote, I simply wanted to create a foundation that I could return to when I was ready to begin.

Establish a visual toolkit, even if you have no content yet, using a few key descriptors. Take into consideration how you want the document to feel, and run with those intuitions. Choose your font, have your reasoning, make sure it scales. Choose a color palette and make sure you can live with your choices in the secondary palette, they won’t show up often, but you don’t want to be slowed down a few hours in when you realize your charts have low contrast and the data looks indistinguishable. Design a variety of headlines, body, and CTA lockups, they’ll likely evolve in implementation, but they’ll serve as a solid foundation.

It might not seem like a lot, but it’s enough to get started, the important thing here is to have something you can reach for when the work begins so you’re not slowed down by rudimentary decisions.

It’s hard to design without content and it’s often just a really bad idea, however in this case because I knew I wouldn’t be getting a real first draft of the deck until a few days before showtime, I had to put some stakes in the ground in terms of visual language.

John was a great sounding board for all of my many design concepts, he gave thoughtful feedback and was only adamant about a few key things including: don’t let it feel over-designed and don’t let the aesthetic overshadow the content and message. With that in mind I created a very basic and flexible framework that I knew I’d be comfortable quickly iterating with once I got started. Clean and simple with a definitive pop of color. I kept in mind a few of those adjectives I mentioned earlier: open, informative, warm. I continued iterating on cover designs, and I waited.

“It will be a little bit like jazz now … it’s a collaboration.”

If you’re creating a report with a group of people with varying skill sets, ask a lot of questions, the only way you can create a solution that resonates with readers is if you understand the content well enough to translate it. Once you have a strong grasp on it, you can create a system that is digestible.

As the designer of a report, it might not be your job to write the content from scratch, but it is your job to see where there are gaps in logic that may cause a breakdown in comprehension.

The few days leading up to SXSW is when the work truly began. As John began sending me portions of the deck I dug through the content, and focused on comprehending it, I wasn’t being handed wire frames, but rather they were more like a conglomeration of various notes, a screen grab here, a digital post-it note there, and a few links everywhere. The overarching concept was there in each page, but now it was my job to understand it, pull out the salient points, determine the proper hierarchy informed by perceived narrative, and create a visual system that would make the whole report read as consistent and whole.

In process it felt very intensive, I was sludging through a lot of content, and at times I worried that I wasn’t allowing myself time to step back often enough, but the thing about deadlines, especially as one as big as SXSW is that they don’t have time for perfectionism. So I worked thoughtfully, but I raced ahead. Towards the end as we volleyed version after version, John sent us an email that ended with this, “It will be a little bit like jazz now … it’s a collaboration.” And that is perhaps the truest summation of this whole process. A collaborative team effort of researching, conducting, and defining, up until the very last minute. Working with Jackie, Aviv, Justin and John, was one of the more unique challenges and best collaborations I’ve had thus far, and I’m grateful to have had the experience.

‍This piece is a mash-up of general advice and a high level chronicle of my personal experiences while designing the 2017 Design in Tech report.

Fatimah Kabba is a designer and brand writer focused on the interplay of design and technology. She’s previously worked as a senior creative at companies such Walker and Company Brands, Isobar and R/GA. She is currently working as an independent contractor on projects between Boston and NYC. 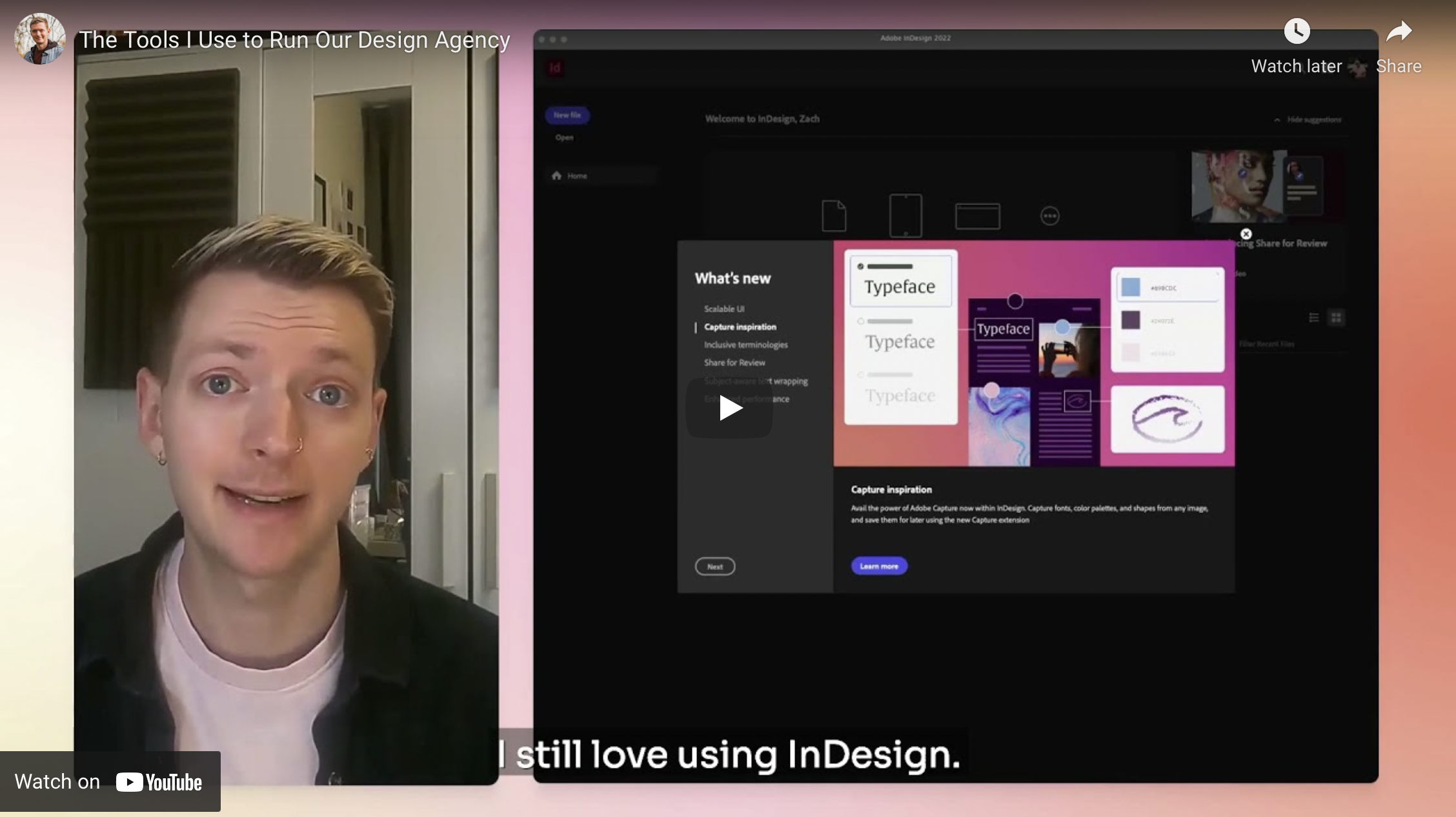 Tools & TipsTools to Run a Design Agency
By
Zach Grosser 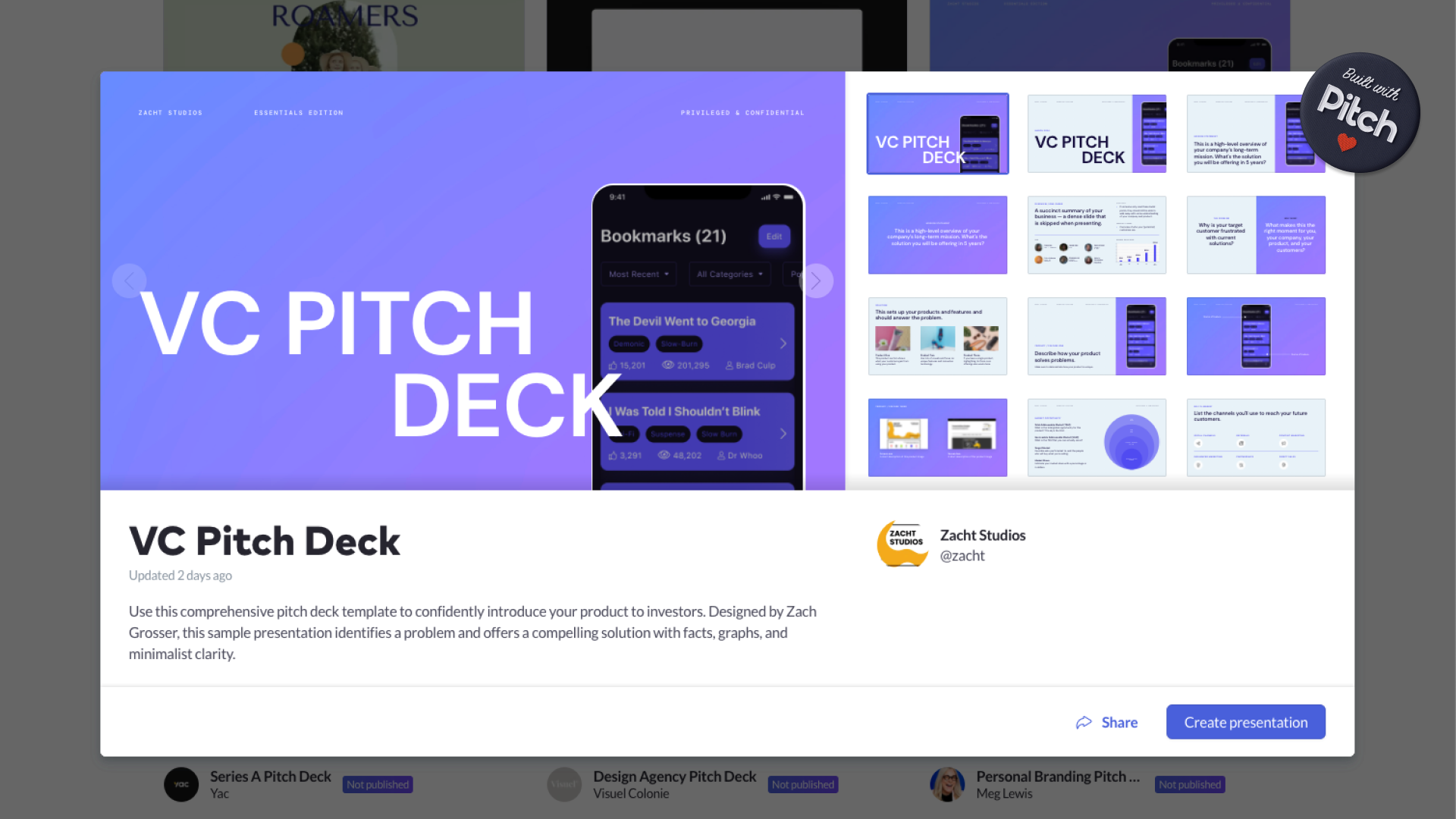 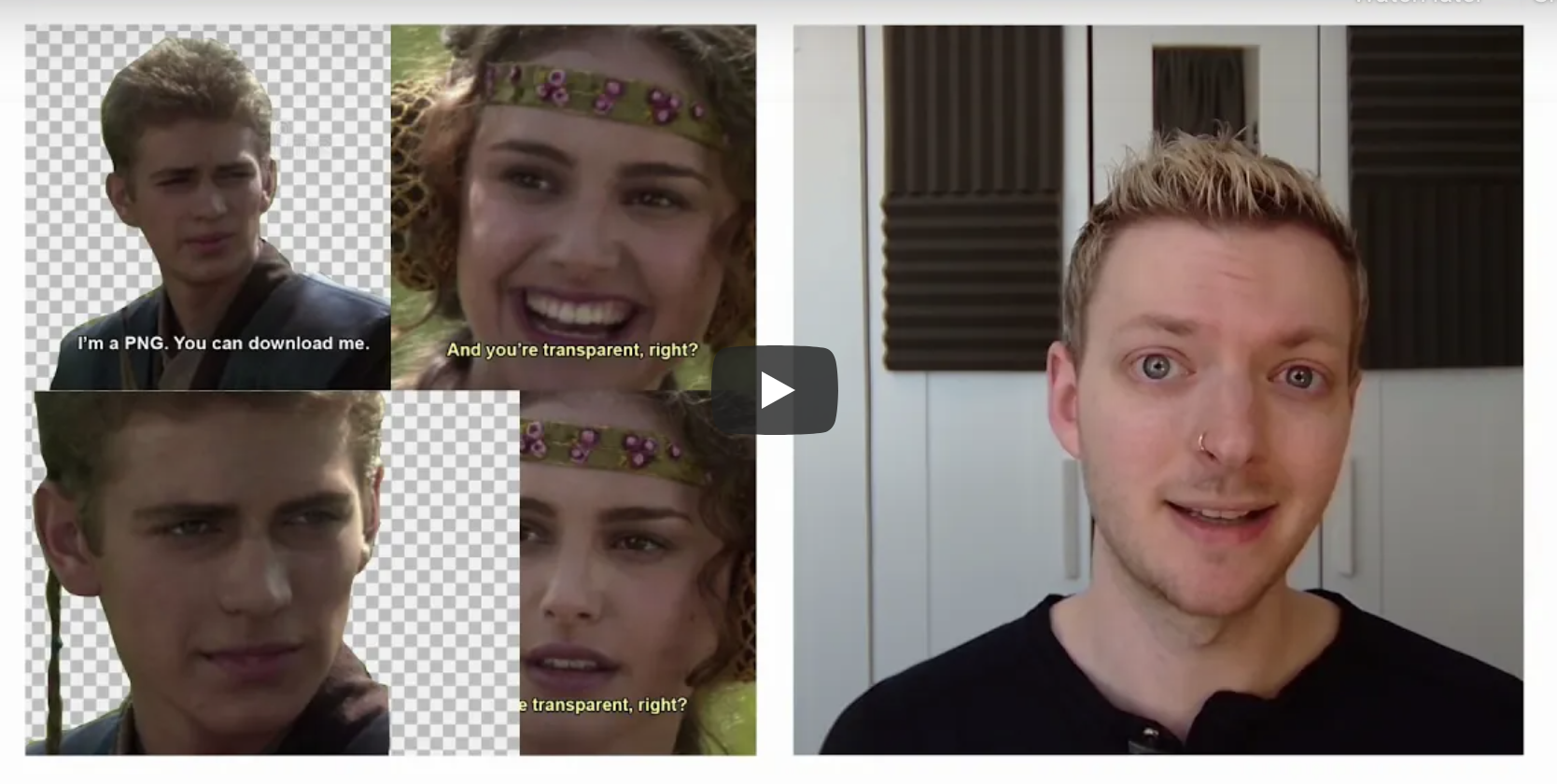 Tools & TipsLogos with Transparent Backgrounds: Better Logos is now a Figma plugin
By
Zach Grosser
BACK TO BLOG